We are thrilled that one of the many meaningful documentaries we’ve worked on this past year is going to have its premiere the 2016 Seattle International Film Festival. The If Project poses the question to female inmates, “If there was something someone could have said or done that would have changed the path that led you here, what would it have been?”

Director Kathlyn Horan follows Kim Bogucki, a 25 year veteran of the Seattle Police Department, as she encourages and inspires women in a maximum-security prison through the art of writing. Prompting the inmates with questions that challenge them to look back at their past, examine their present, and find hope for the future, Bogucki is formidable in her quest to help these women find healing amidst the turbulence left between their lives and the law.

Horan brought the film here to Trailblazer for post-production last year, where Senior Engineer/Sound Designer Willie Elias did the final mix and Colorist Chris Hall did the final color. She has been writing, directing, and producing cause-driven and social justice documentaries for over a decade and we couldn’t have been happier to do our part on this amazing film.

You can see the official trailer and announcement here.

You can follow the project and the documentary on facebook for updates. Look for a city near you! 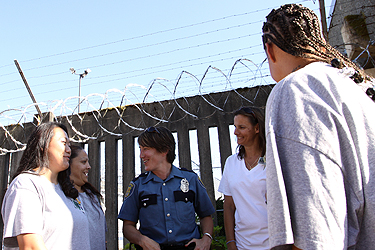