Our PBS docu-series TWICE BORN Stories From The Special Delivery Unit has been nominated for another award as it was named a finalist at the Science Media Awards & Summit in the Hub (SMASH). Nominated in the Health & Medicine category, the first episode of TWICE BORN is up against documentaries about food, memory, and vaccinations.

Executive Producer and Producer/Director, Monica Lange, and Co-Producer/Editor, Bonnie Cutler-Shear, spearheaded this project, bringing the idea to PBS and going through another twenty months of shooting and post-production. The series follows four expectant families as they seek help for their unborn children at the Center for Fetal Diagnosis and Treatment at the Children’s Hospital of Philadelphia (CHOP). The docu-series offers an intimate look at these families and the team of groundbreaking surgeons who attempt to cure life-altering birth defects on babies while still in utero.

A unique collaboration between Jackson Hole WILD and WGBH Boston, SMASH is an annual summit and forum to celebrate the world’s top scientists and science media makers.  The Media Awards accept submissions in twenty-three categories, including everything from Earth & Sky to Health & Medicine, from Changing Planet to Technology & Innovation.

The winners will be announced on September 21st at the Harvard Art Museum in Boston. You can follow news about the summit on twitter using @sciencesmash, and news about Trailblazer Studios’ other nominations @TrailblazerNC.

Check out the preview for Episode 1 of TWICE BORN Stories From the Special Delivery Unit here:

You can also watch the whole TWICE BORN series on Netflix here: 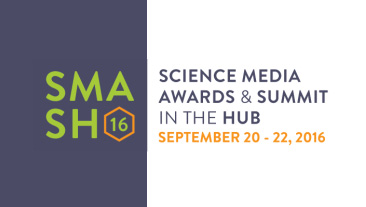