Based in Portland, Maine, Lone Wolf Media is known for many factual programs that have aired on Discovery, Smithsonian, PBS, History, and a number of other networks. This award-winning production company is also known for its scripted series Mercy Street, which aired on PBS. Through a mutual connection, producer/writer Owen Palmquist, Lone Wolf became aware of Trailblazer Studios and was attracted to Trailblazer’s all-under-one-roof model.

Our collaboration began months before picture lock. Trailblazer’s post team, led by post producer Ashley Faison, had numerous calls with Lone Wolf to discuss their needs and workflow. Lone Wolf handled all of the production and the offline edit for the film, and they partnered with Trailblazer to deliver color correction, online, sound design and final mix.

Trailblazer senior sound engineer Willie Elias used Avid’s Pro Tools 12 to create a very complex and dynamic soundtrack. Izotope’s RX5 software was used extensively in the dialog editing phase to insure that every syllable could be heard and a variety of plugins were used for sound design including Spectrasonic’s Omnisphere 2. Avid’s S6 control surface put all of the sound and music at Willie’s fingertips allowing him to easily make changes right up to the last minute. This was critical given that Nova’s longtime executive producer Paula Apsell was in the room. Paula got her start in the business at WGBH Radio and her ability to hear even the slightest changes in sound is quite astonishing.

Lone Wolf and Nova producers attended the final editing sessions and were able to easily move back and forth between sound and picture to perfect the film for a premiere screening at WGBH the following week, as well as for the April 19th broadcast premiere on PBS.

Matthew Fletcher, post production supervisor for Lone Wolf says, “You can’t beat the post finishing workflow at Trailblazer Studios! Either on location or working remotely, the finishing process is made incredibly easy by their talented staff, which is critical when dealing with tight deadlines for our network shows.”

Lone Wolf Media has collaborated with Trailblazer Studios on other projects including Americans Underground Secret City of WWI for the Smithsonian Channel and Pearl Harbor USS Oklahoma: The Final Story for PBS. 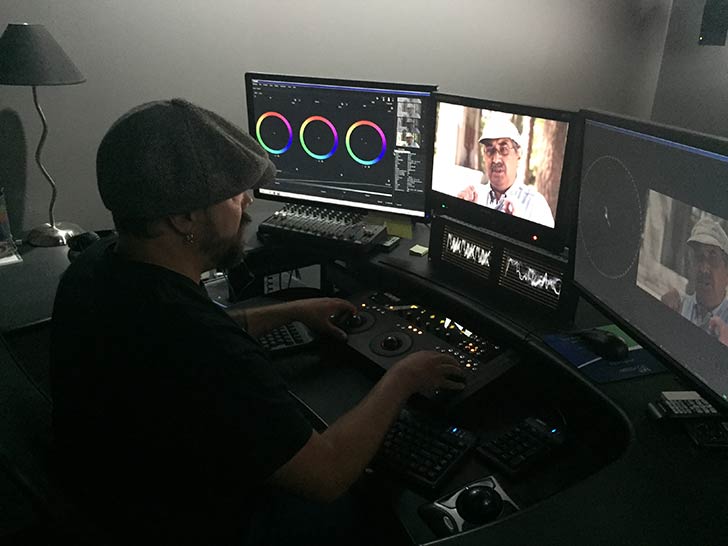