Canopy Kings, a new series pilot produced by Trailblazer Studios, will air on Animal Planet on September 22nd at 10 PM EDT. Airing again on December 27th at 9:00 AM EST.

The show follows Django Kroner and The Canopy Crew as they build beautiful custom tree houses for their clients. Trailblazer first interviewed Django and his team in late 2015, and went on to produce a pilot episode the next year. We’re thrilled that the pilot will be airing on Animal Planet next week, and hope you’ll tune in to check out the crew’s adventures as they climb, build, and create these unique structures in beautiful outdoor settings.

After three years of living in a tree house he built himself, Django Kroner has made it his mission to bring other people into the sky. That’s why he founded The Canopy Crew, a custom tree house building and tree care company. The Canopy Crew isn’t just your typical team of carpenters; they’re also experienced climbers. Django and his team thrive outside and are always on the lookout for an adrenaline-rushing adventure. They go bold, and they go high.

When Django was just nineteen years old, he moved to the Red River Gorge to pursue his dream of rock climbing. After apprenticing for a cabin builder where he was building tree houses 45 feet up in the canopy, Django’s passion for the outdoors only grew. His love of building and climbing led him to create The Canopy Crew in 2013. Made up of carpenters, climbers and botanists, The Canopy Crew has built about 35 structures across the Red River Gorge.

To meet the crew and see these amazing tree houses for yourself, tune into Animal Planet on Friday, September 22nd at 10 PM EDT! 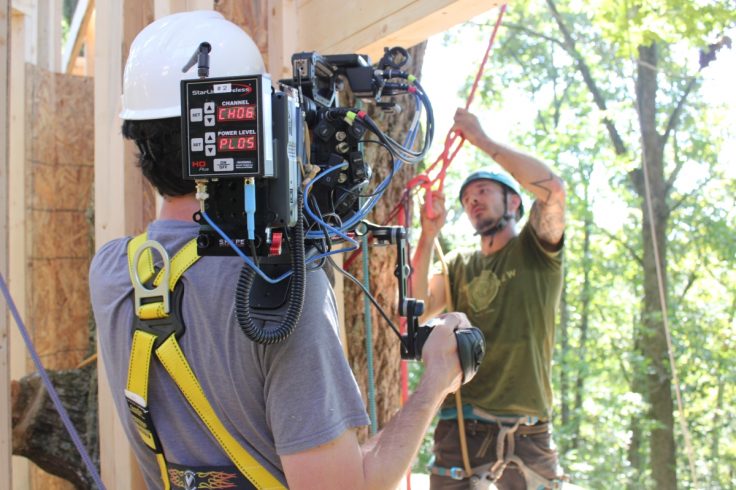