RALEIGH, N.C. (March 6, 2018) – Ashleigh Di Tonto has joined Trailblazer Studios as vice president of Development. She will focus on creating original programming and content for the
wide range of TV networks that are clients to the North Carolina-based entertainment and
production company.

Prior to her new post at Trailblazer Studios, DiTonto was a senior development executive for both The Gurin Company and Snow Day Entertainment, focusing on cable, broadcast and international format development. She has worked with a variety of networks to sell, develop and manage the creative of various series, including So You Think You’d Survive (Weather),Dancing Fools (ABC Family), and Win, Lose or Pawn (CMT).

Di Tonto spent her early career on the network side at E! and TLC where she was part of the development team that created Cake Boss and My Big Fat Gypsy Wedding. In addition to her creative background, she was a director of International Acquisitions and Rights at Fremantle, where she partnered with producers and networks to sell their intellectual property globally.

“We’re very impressed with Ashleigh’s body of work and her passion for storytelling,” said Katye
Rone, Trailblazer Studios’ senior vice president of Entertainment. “She will be a tremendous
asset in helping us discover interesting characters and developing innovative formats for our
network clients.”

DiTonto, a graduate of Boston University, has spent the last decade in Los Angeles, but
recently moved back East and is based in New York City.

About Trailblazer Studios
Trailblazer Studios is an award-winning production, post and sound facility based in Raleigh,
N.C., with one of the area’s largest sound stages. Since 2001, the company has created
meaningful, compelling and entertaining content for TV, film and advertising. Trailblazer Studios
has delivered more than 1,100 TV shows for networks like HGTV, Discovery, TLC, DIY and
PBS, as well as numerous commercials and digital content for companies including Sony,
ESPN, PEP Boys, Food Lion, Home Depot and Travelocity. 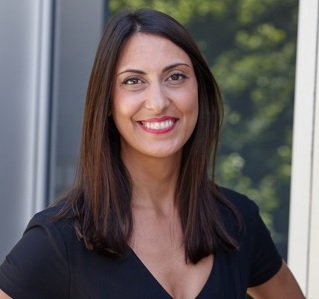